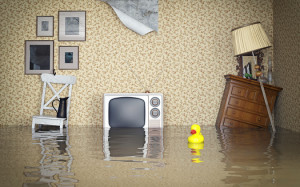 own’s “Day Zero” experience – the prospect of dam levels dropping dangerously low, taps running dry and water rations being distributed from public collection points – speaks powerfully to the urgency and complexity of climate change adaptation.
The recent arrival of the South African city’s winter rains means that dam levels have begun rising again and it’s dodged the introduction of wholesale water rationing. For now.
But the drought which pushed Cape Town to the edge isn’t over yet. The threat of water rationing could still become a reality in 2019. And there will be other droughts, too, in Cape Town and beyond. Other cities that have experienced severe water scarcity include Melbourne in Australia, Los Angeles in the US, São Paulo in Brazil, Bolivia’s capital city La Paz and Maputo in Mozambique, to name but a few.
Cities in the global South are especially hard hit by droughts. This is because the resources and capabilities to expand and upgrade water infrastructures serving these cities remain scarce. Many residents in these cities have very poor and limited access to water in “normal” times. Things become even more dire in water scarce situations.
My doctoral and post-doctoral research focused on climate adaptation decision making and governance in southern African cities. In other words, how are people organizing to reduce the risks that higher temperatures, intense rainfall and dry periods pose to city residents?
I shared my findings at the Adaptation Futures conference, the first time the international gathering of climate adaptation experts and practitioners will take place on the African continent.
My research suggests three lessons for any city looking to prepare for and manage climate extremes. These center on preparation, leadership and an understanding that adaptation requires both big and small changes.

Lesson 1: Do your homework and open it up to others
For sensible and effective action to happen in a time of crisis when rapid change is demanded, several things are needed. These include sustained investment in experimentation, robust research and anticipatory planning. A crisis creates or unlocks opportunities for change. But the groundwork must be laid to avoid knee-jerk reactions and short-term solutions with unknown, potentially negative consequences that can undermine sustainability.
For example, in Cape Town, there is the rapid expansion of groundwater abstraction and a big push to commission desalination plants. Both need significant investment and new infrastructure that has long-term implications for the water network, the affordability of water and the local ecology.
Over the last decade, Cape Town has been involved in preparing some strategies and plans identifying measures to manage water and climate risks. These laid important groundwork for evaluating options, but more work is needed.
These research, planning and advisory processes are important prerequisites to navigating a robust adaptation pathway. Crises have to be seen, understood, managed and leveraged as part of a much longer-term climate adaptation effort.
Cape Town’s crisis has shown how important it is for such technical deliberations to be opened up to public and political engagement. If this doesn’t happen, all the planning in the world won’t help – because people will ignore or resist the planners’ conclusions.
Lesson 2: Collaborative leadership is crucial
Leadership and open communication that fosters trust and collaboration are essential to navigate times of panic and transition. This pertains to leadership in all spheres including political, intellectual, civic, business and administration. Such leadership is needed at all levels.
When leadership is defensive and divisive, as was the case in the early stages of the Cape Town water crisis, it leads to much blame and finger-pointing. This can cause uncertainty and fragmented and inconsistent responses – which is exactly what happened in Cape Town.
The city government gradually started improving communication lines through initiatives like the Water Dashboard and the Water Outlook. This helped greatly in building a more cohesive set of actions and more inclusive and considered deliberations over the way forward.
Lesson 3: Big and small changes matter
Adapting cities to climate change involves a combination of small and big changes that need action from all sides. These changes need to explicitly address inequality.
In the case of adapting Cape Town to periods of water scarcity in the future, potential actions range from households and businesses reusing greywater on-site (for example using shower water to flush toilets) to the large-scale harvesting of stormwater to recharge underground aquifers. Many of these changes are costly and run the risk of further entrenching inequality and exclusion. Wealthy homes and businesses can afford to buy water-saving technologies and alternative sources of water, like private boreholes, while low-income households and small businesses face rising municipal water bills.

These lessons are not unique to Cape Town’s water crisis. As experiences across the world suggest, these may be lessons that have to be learned the hard way. Cities may need to face their own version of a crisis to galvanize action towards making the changes needed. But doing the preparatory work is an essential part of adapting.

Moving beyond coping with a crisis in the short-term to building the capacity to avoid, or at least better manage, such situations over the long-term lies at the heart of climate adaptation.
Anna Taylor, Research Fellow, African Centre for Cities, African Climate and Development Initiative (ACDI) and the Climate Systems Analysis Group, University of Cape Town
This article was originally published on The Conversation. Read the original article.